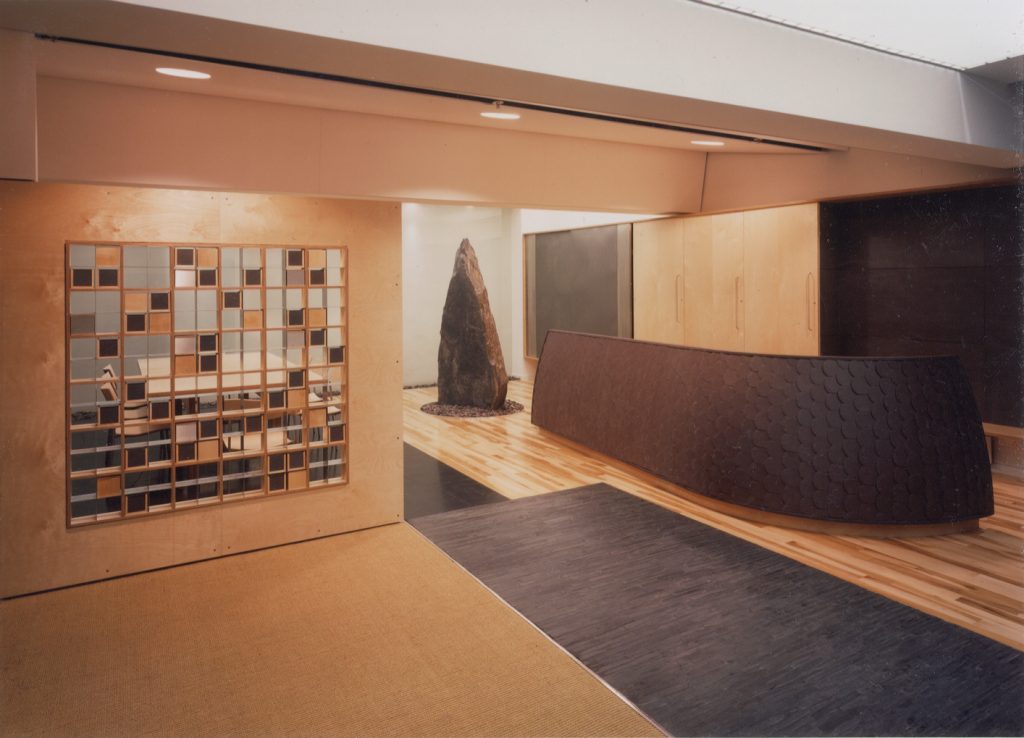 Welsh Slate, the organisation, was formed in 1997, and opened a showroom in the Business Design Centre, London to showcase slate produced by six major quarries in Wales. The interior displays the unique qualities of slate and challenges perceptions of traditional use as a building material with the aim of expanding the slate market. Exhibitions for Sir Alfred McAlpine Slate, Welsh Slate’s largest member, including projects in Germany, France and Australia. The objective was to communicate the wide variety of colours and forms of slate that can be used in the interior and exterior of buildings.