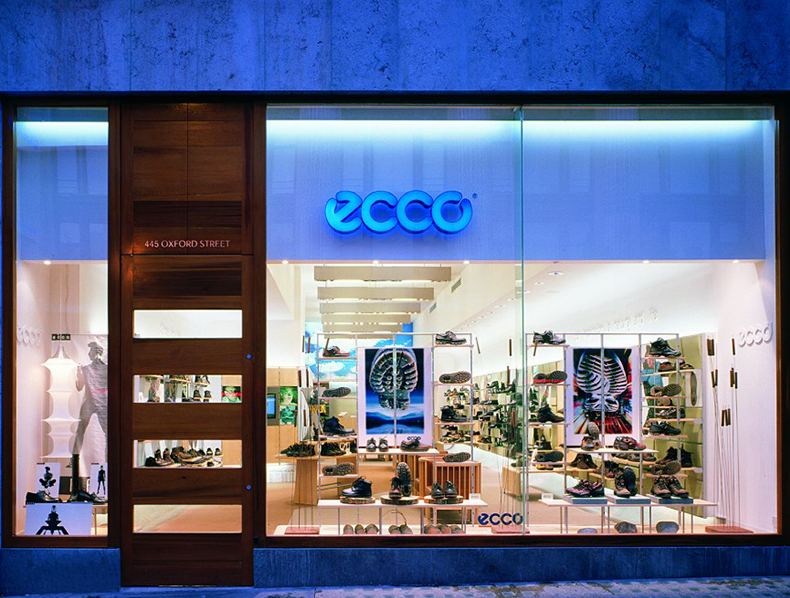 Flagship stores, Ecco, a Danish shoe company with worldwide distribution, launched its first flagship store in Oxford Street, London in 1998. Ecco advocates quality and comfort; their shoes are renowned for lightness, softness and durability. The main objective of this project was to broaden brand perception in the UK and attract younger customers, but without alienating the established older market. The resultant environmental design endorses Ecco’s philosophies and was implemented into other key European cities such as Dublin and Stockholm, aswell as San Francisco in the United States.