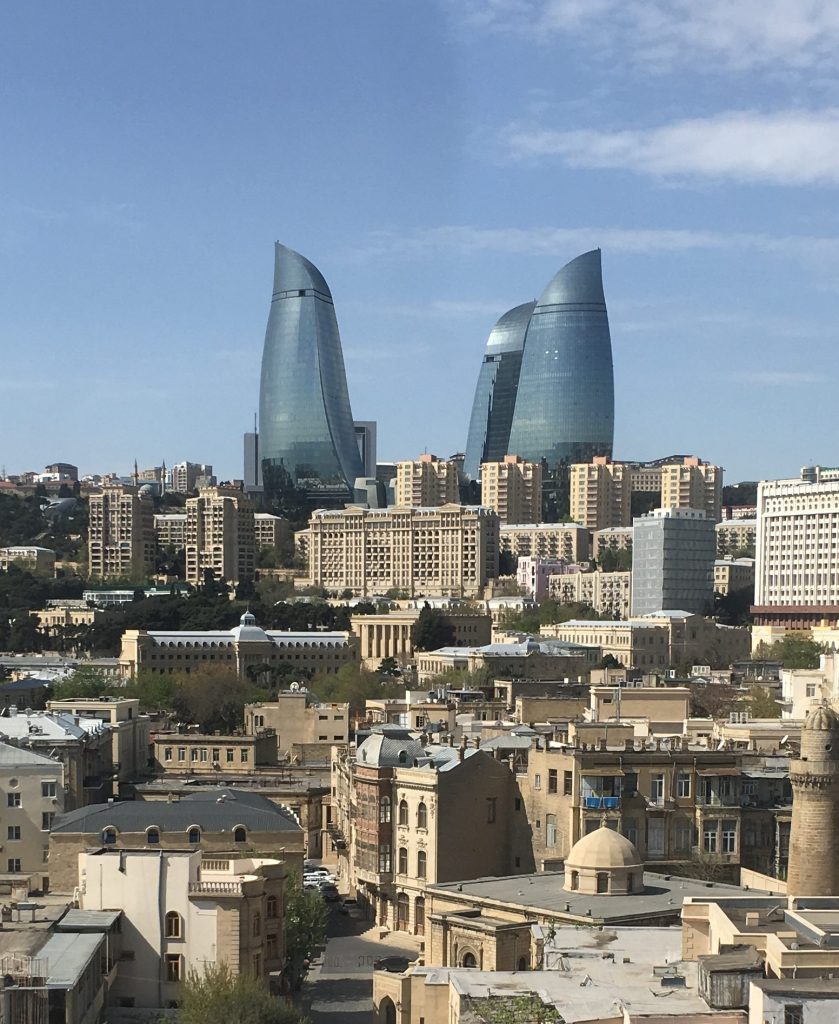 The land of fire

We have recently won two projects in the historic and rapidly developing city of Baku, the capital of Azerbaijan.

One is to be a new bookshop and cultural centre in the university quarter of the city. The shop will focus on increasing the exposure of literature to the city and will include an exhibition space, multiple events spaces and a dedicated children’s area.

The second project is a new restaurant within the ancient walls of the old city. The site is flanked by two recent archaeological explorations which have uncovered ancient stone foundations, giving us a unique task of weaving new structure into the historic elements.

We were invited to visit the city at the end of last year and enjoyed a whirlwind tour of the various historic landmarks and bold new developments such as Zaha Hadid’s Heydar Aliyev centre.